“Our small team of three people has grown into a nationwide network of experienced advocates dedicated to making a difference.”

Like many others, our founding member had a bad landlord experience in college, and was almost left homeless as a result. That experience was a real eye opener and it was never forgotten. This has happened to literally millions of Americans. Almost everyone has been the victim of security deposit theft in some way or another.

In 2007, our founding member got a phone call from a friend who’s landlord had not returned his security deposit. Knowing that his friend did not have the money to hire an attorney, our founder decided to help him out. After some research our founder developed a strategy and put it to action. After a few weeks, the friends deposit was recovered. This plan of action involved both legal and social strategies.

In 2008 many “home flippers” now found themselves with houses they couldn’t sell. And a new breed of “bad landlords” was born. “Home flippers” became landlords in desperate need of money. Unscrupulous landlords that were basically stealing deposits. This illegal behavior became so prevalent that most renters actually expected to lose deposits. And not much has changed. Now the rental market is saturated with ripoff landlords who think they have the right to keep your deposit when what they are really doing is ripping off tenants. They count on the fact that you wont fight to get it back. From making false claims to outright ripping off security deposits, this trend is on the rise and it’s affecting the working class of America. Losing or expecting to lose a good part of a rental security deposit has become the norm all across America, and it must stop.

After 18 months of research and development, planning, testing, failing, and failing again, Security Deposit Refund finally gets off the ground. In our first month we begin taking an average of 4 new applicants a day. It was obvious that we were onto something big. We gained popularity seemingly overnight with numerous blog articles being written about us, a story on USA Today about the rise in security deposit fraud, and backlinks from literally thousands of websites including The LA Times, Houzz, countless Reddit posts, Rent.com, TheLaw.com, Wisebread, JustAnswer and thousands more. Best of all, we were actually doing some good. Here we were, finally helping people and seeing real results. From middle income families to single moms who were struggling to maintain a lifestyle and keep a roof over their heads. We did it, we were making a difference.

The friend mentioned above was our founding members best friend for many years. Loran was the kind of person who would give a stranger the shirt off his back. Naturally humble and always brutally honest. In 2013, he was involved in a fatal traffic accident. The news was devastating to all who knew him. He was loved and is missed by so many. Although he has passed away, the spirit that sparked the idea for this concept is very much alive.

After 8 Years The Ethos That Defines Us

It’s been eight years since our humble start. Our small team of three people has grown into a nationwide network of experienced advocates dedicated to making a difference.

Across the continent and reaching into both Alaska and Hawaii, we are well positioned to assist you in recovering your security deposit wherever you reside.

It’s been five years since Loran’s passing.  And the spirit that sparked the idea for this concept is still very much alive. And it’s that spirit and the death of a dear friend that makes this mission very personal for us.

We believe that’s why our service has been such a success. It’s always been about helping people and never about the money. It all came about because of one person helping another. Born out of the idea that we should protect people, stand up for others, fight for what’s right, and help others. That spirit defines the ethos of this organization.

RIP Loran. You brought out the best in everyone. 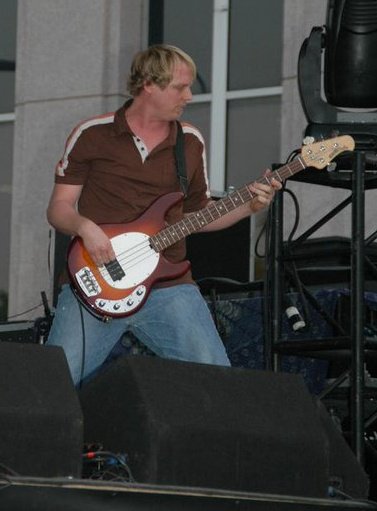